The Board of Supervisors is the county’s elected, governing body that makes budget and land-use decisions, manages the Code of Clarke County, plans for growth and development, sets operational policies, and appoints individuals to serve on various boards, committees, and commissions. The Board also hires the County Administrator, who manages county employees and day-to-day operations of the county.

The Code of Virginia provides that a Board of Supervisors govern each county. Clarke County Supervisors, who are elected to four-year terms in the same election year, represent five magisterial districts: Berryville, Buckmarsh-Blue Ridge, Millwood-Pine Grove, Russell, and White Post. The Board organizes itself and selects two members to serve as chair and vice chair at the first meeting of each year. 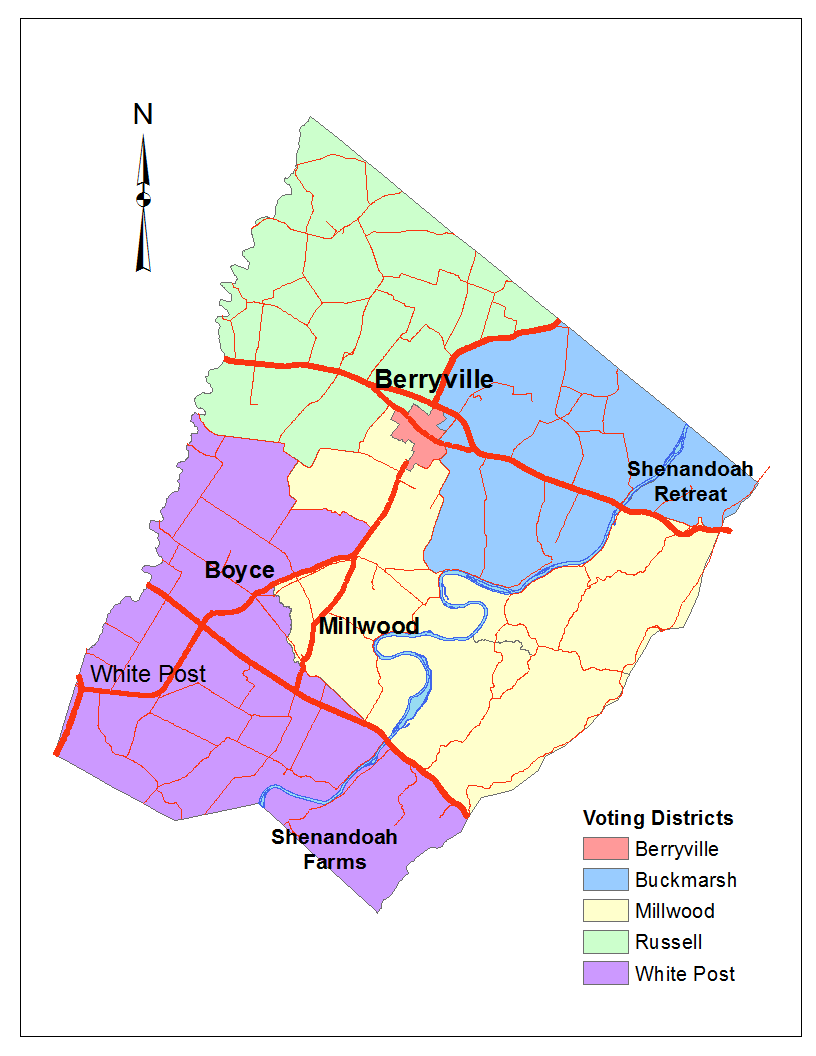 Board of Supervisors regular meetings begin at 1 p.m. on the third Tuesday of every month. Each session of the meeting (afternoon and evening) includes a Citizen Comment period in which any resident may speak on any subject.

The Board has three committee meetings on the second Monday of each month, a week prior to the regular meeting: